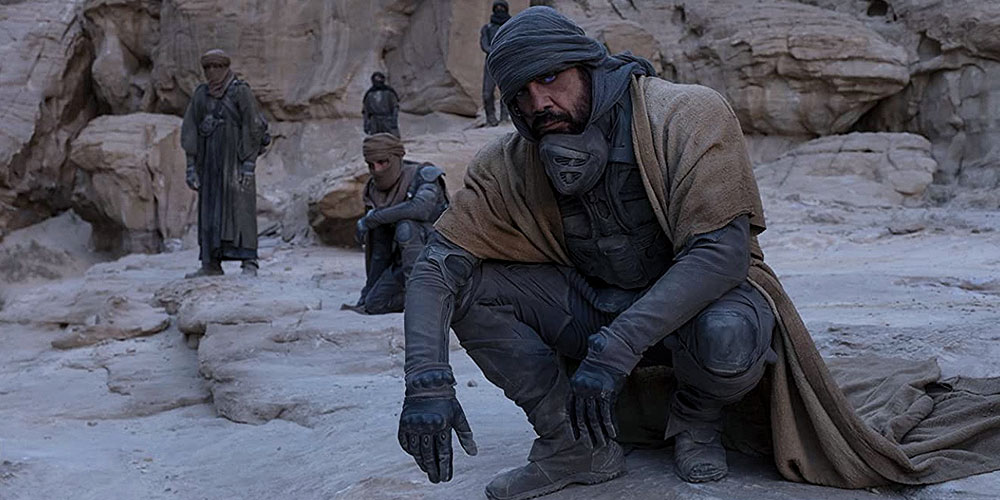 From the very first announcements that Denis Villeneuve would be adapting Frank Herbert’s DUNE it was made clear that he wanted to split the novel into two parts to do the story justice. The visionary film maker has stressed that Dune is one of his favourite books and that a movie adaptation has been one of his dreams for many years. But where will he split the story? In the much mailgned 1984 film version by David Lynch, the whole story was shoehorned in, resulting in a narrative mess. We have our theories where the first movie will end…

Long claimed (like many books) to be unfilmable, Dune poses some significant challenges for a movie adaptation. Firstly herbert liked his characters to do a lot of thinking, in the novel there is a lot of internal dialogue going on, that he helpfully puts in italics for the reader. Then there is the fact that the story is ostensibly a hero’s journey that turns out to be nothing of the sort – A young man is wronged and has to struggle against huge odds to get revenge, whilst simultaneously coming of age and coincidentally discovering that he is a prescient superbeing – but he then goes on to unleash a galaxy spanning holy war that wipes out tens of thousands, and hurls the known universe back to the middle ages. But that’s several novels down the line. This first novel is widely tagged as the ‘best sci-fi novel of all time’, yet it has very little of the tech we are used to seeing in modern hard sci-fi. It is a feudal galactic empire, wives are taken by the male heads of the great houses for political ends and they maintain concubines. There’s no computers, phones or even an electric kettle mentioned. It’s more like the Middle Ages In Space. Oh, and the plot revolves around an addictive drug called Spice that allows one to see into the future and even pilot starships.

But that is actually pretty cool, and will be an incredible accomplishment if Villeneuve does it the justice that he did to the world of Bladerunner. By being ‘soft’ science fiction it concentrates on the human and political intrigue of the story, crucially for our modern age it is also concerned with ecology and exploitation of natural resources. Throw into the mix the seemingly endless ability for the human race to fuck things up on a grand scale – for Paul Atreides can see the end result of his actions but is helpless to change course – and you get a story full of paralells and resonances to our times.

So how to split this complex novel into two?

The book is written in three sections; Dune, Muad’Dib, and The Prophet. Originally it was serialised in Analog magazine, and the author reconfigured it into one book. The first two sections run as one narrative, then there is a jump of about three years for the final concluding part in which Paul achieves his revenge. Picking the right point could be crucial to avoiding a frustrating end to the film.

The descision to split the movie is a good one and the logical point seems to be at the end of the book’s Dune and Muad’Dib sections as they come to a natural conclusion with something of a cliff-hanger neatly tied in. Indeed when reading the book there is a tonal shift in the style of the last section that makes it feel distinct from the preceding story. There are a few clues that this might be the case, one of which concerns the bad guys. House Harkonnen are the big nasties, painted in crude terms in the novel (very much reflecting the times it was written in). Baron Vladimer Harkonnen is grossly fat and has gross tastes in young men, in Lynch’s movie he was also physically disfigured by a nasty looking pox. His has two nephews, both nasty and twisted, the eldest is Rabban, played here by the brilliant Dave Bautista. The other is Feyd Rautha, who has his main part of the story in the final section of the book. As there is no actor credit for Feyd on IMDB it would be logical to assume that he will be saved for the boss baddie in the second movie.

Secondly the trailer doesn’t seem to feature anything from that part of the story. Yes, I know it’s a bit mad to take a trailer as any indication of what’s actually in a film is dangerous, but it does add up. Plus there is the fact that the final part of the book has a lot crammed into it, not least a ton of action in a final massive battle.

So that’s what we reckon. But, will they include Jessica taking the water of life and creating the abomination Alia? So many questions… 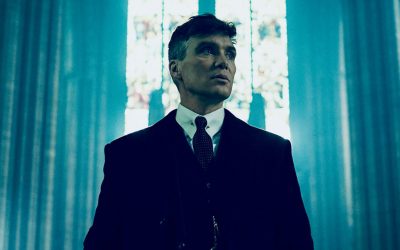 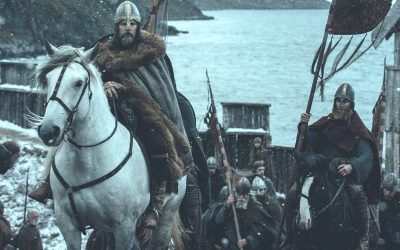 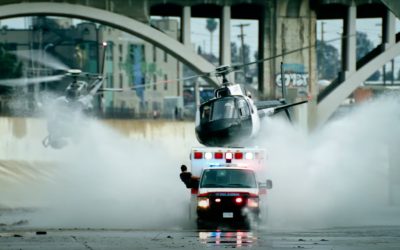