The nest building abilities of the rook are phenomenal, 50 mile an hour winds didn’t shift the four nests at the top of the horse chestnut. After our mini heatwave in February set the rooks nest building and canoodling, March promptly pulled the rug out from under them with week long gales. The builders either clung on or circled nearby whilst the boughs were whipped about in the gusts. What was more amazing is how quickly new nests have been built.

In the six days since the gales the number of nests have nearly doubled, as of the Spring Equinox there are seven complete nests and two in the early stages of construction. There always seem to be more rooks than nests, presumably some just perch on the sidelines and offer criticism on nest building technique to the breeding pairs. Must be why one of the collective nouns for them is a ‘parliament’.

Having these intelligent, gregarious and very noisy birds in a treetop not far from our bedroom window is by turns fascinating and annoying. Their squawks can never be described as melodic, at dawn they are positively grating. Still, you can’t choose your neighbours.

I remember when I lived in Norfolk, surrounded by farmland where the landowners would be shooting the nests and fledglings in the spring. There was no livestock to protect, maybe it was because of the pheasants being reared to themselves be shot. Whatever it was for it was a gruesome spectacle. Strange how these birds can be regarded as a threat to modern farming. But then we seem on a path to eradicate anything that isn’t of monetary value, or in the case of the badger being a suspect in carrying bovine TB. Where are our heads at when the solution is to try and exterminate thousands of badgers, with all the technology available to us, why go medieval?

The only threat to these rooks are more gales, they are tough though. Once the leaves appear on the horse chestnut I won’t be able to see their activities so well. I’ll bloody hear them though. 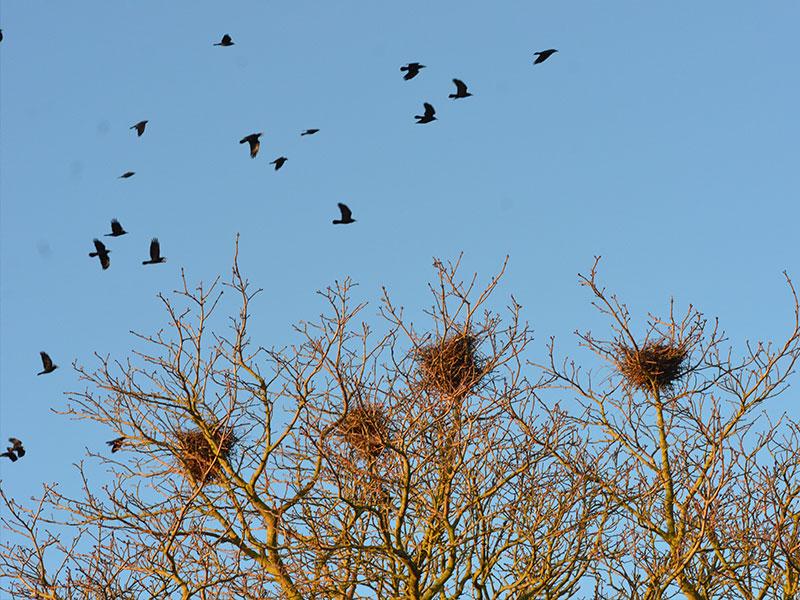 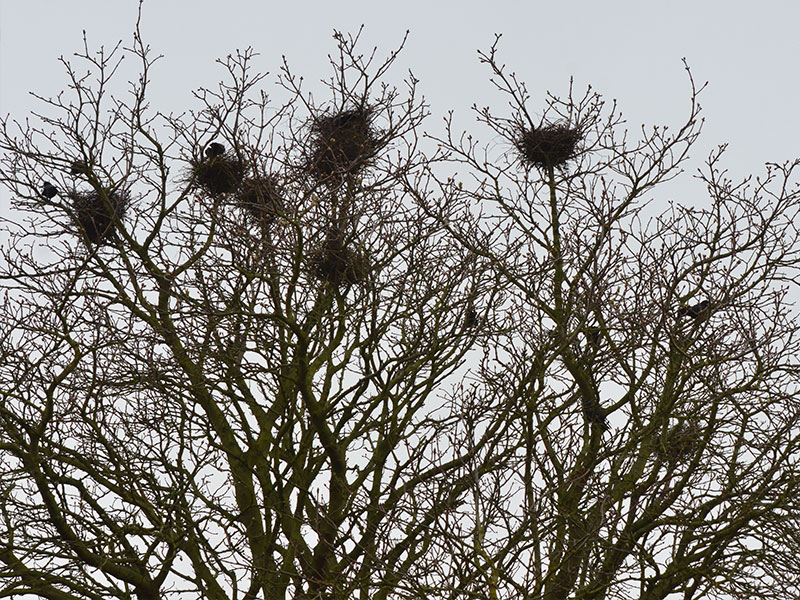 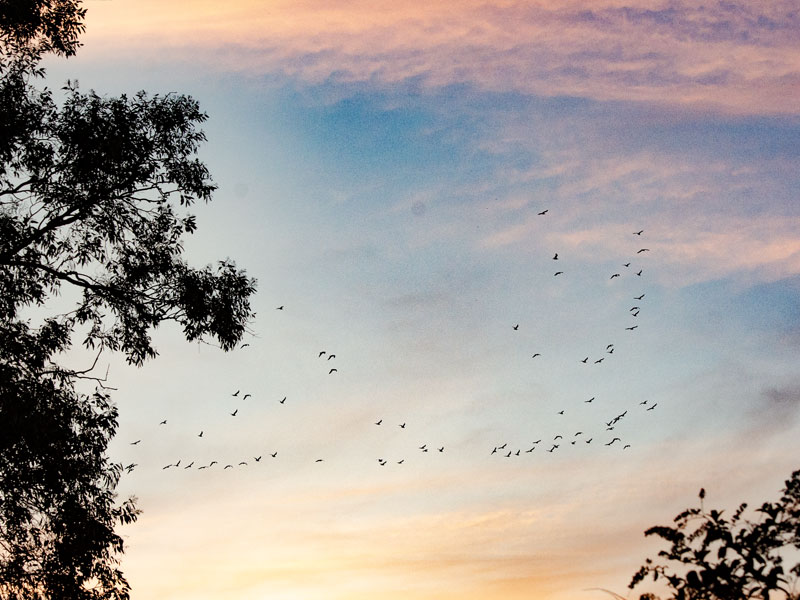 Off to roost at sunset 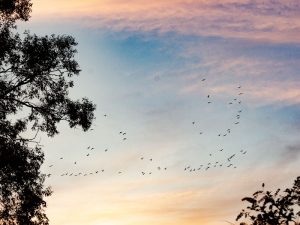